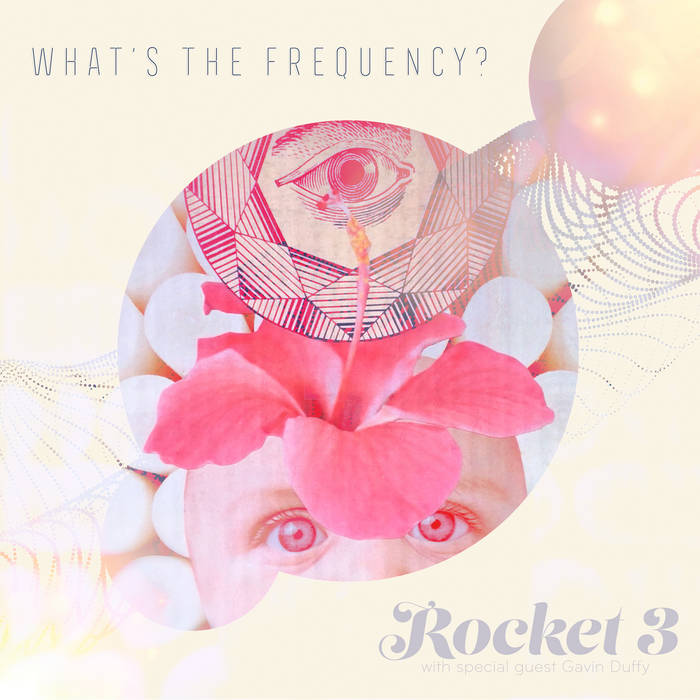 Rocket 3’s sophomore album, “What’s the Frequency?”, grows out of the band’s pop punk roots, but with disarming vocals and clean, warm guitar tones. The title is a nod to both the R.E.M. song and to bass player Kenneth Foust, who joined the band in 2015 and shares songwriting duties with guitarist and lead singer, Ramune Nagisetty. Andrew Anymouse adds drums while Portland musical talent, Gavin Duffy, contributes saxophone and keyboards to add new flavors to an already tasty recipe. Matt Jefferson, producer of “Burn”, reprises his role as recording engineer and producer.

The opening track, “I Choose Love,” is a beautiful, unusually structured song revealing that true love is learned. “Echoes” is an autobiographical account of witnessing a cruel moment in an auditorium full of people laughing at the expense of an audience member. “What If” is an energetic, 3-chord banger with multiple time signatures and a call and response describing the choice between a drug addiction and a relationship: “what if I just need you? - what if I need to leave.” “Giving Up” is an upbeat track about the joy and freedom that comes from just letting go. And “I Don’t Need Ya” sings about eschewing the superficial confidence that money implies.

"What’s the Frequency is an overall perfect album- from the jingle-jangely opening track “I Choose Love”, right down to the closing track that is all about goodbyes known as “Evershine.”
-Ron Trembath, Trainwreck'd Society

Rocket 3 has been playing garage pop in Portland since 2012.
Rocket 3 is Ramune Nagisetty on vocals/guitar, Kenneth Foust on bass, Andrew Anymouse on drums. Gavin Duffy is a special guest on saxophone and keys.

Bandcamp Daily  your guide to the world of Bandcamp